Craig W. Thomas is Associate Professor at the Evans Schools of Public Affairs, University of Washington. 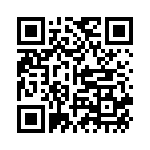