Page 121
These are : First , the colonial period ( late 1500s to 1776 ) in which the primary
groups arriving were African slaves , Dutch , English , Finnish , French , German ,
Scottish , Scotch - Irish , Spanish , and Welsh . Second , the period from 1776 to ...
Page 158
Massachusetts Records include not only those for the early Massachusetts Bay
Col - ony and the Plymouth Colony , which were not united until 1692 , but also
for those of early Maine , which was part of Massachusetts from the colonial
period ...
Page 166
COLONIAL PERIOD : There are no official records of the wars that took place
before the American Revolution because the United States did not exist at that
time . However , even the earliest colonists felt the sting of war because of the
many ... 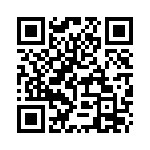