Squashed between fat books of grammar I found [book: Noblesse Oblige], a set of essays on English colloquialisms and class in the twentieth century. The Hon. Mrs. Peter Rodd (aka Nancy Mitford)'s ... Read full review

NOBLESSE OBLIGE: An Enquiry Into The Identifiable Characteristics Of The English Aristocracy (oxford Language Classics)

A transatlantic import consists of six pieces, along with an introduction by Russell Lynes, and primarily Nancy Mitford's article The English A which had an aroused and/or amused response, led to more ... Read full review

Nancy Mitford (1904-73), born in London, was the daughter of the 2nd Baron Redesdale. She became well known for her novels The Pursuit of Love (1945), Love in a Cold Climate (1949), The Blessing (1951), and Don't Tell Alfred (1960). After World War II she moved to France and wrote biographiesof Madame de Pompadour, Voltaire, Louis XVI, and Frederick the Great. As one of the essayists in and the editor of Noblesse Oblige (first published 1956) she helped to establish the 'U' (upper-class) and 'non-U' classification of linguistic usage and behaviour. 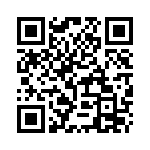