Page 6 - about three hundred miles inland, he arrived at the great city of Bizenegalia, situated near very steep mountains. The circumference of the city is sixty miles : its walls are carried up to the mountains and enclose the valleys at their foot, so that its extent is thereby
Appears in 39 books from 1857-2004
Page 52 - measure, on the prompt payment of the subscriptions, which are payable in advance on the 1st of January, and are received by the Secretary, RICHARD HENRY MAJOR, Esq., British Museum ; and by MR. RICHARDS, 37, Great Queen Street, Lincoln's Inn Fields, who is the Society's agent for the delivery of its volumes. Post Office Orders should be drawn on the Charing
Appears in 42 books from 1831-2001
More
Page 12 - Hast thou made a hole therein, that thou mightest drown those who are on board 1 Now hast thou done a strange thing. He answered, Did I not tell thee that thou couldest not bear with me ? Moses said, Rebuke me not, because I did forget, and impose not on me a difficulty in what I am commanded.
Appears in 27 books from 1816-2006
Page 55 - Colledge, Dr., Lauriston House, Cheltenham Collier, John Payne, Esq., FSA Colonial Office (The) Congress, Library of the, United States Cooley, WD, Esq., 33, King-street, Bloomsbury Corney, B., Esq., MRSL, Barnes-ter. Costello, Dudley, Esq., 54, Acacia-road, St. John's Wood Cotton. RW, Esq., Barnstaple Cracroft, Capt., RN Cranstoun, G., Esq., Corehouse, Lanark
Appears in 23 books from 1847-2001
Page xlix - it, and into this ditch they also throw their dead. " Some of the great of this country take a vow to burn themselves alive ; and if any such devotee declares to his children and kindred his intention to do so, they all applaud him and say : ' Happy shalt thou be, and it shall be well with thee.
Appears in 29 books from 1807-2006
Page 24 - sell publicly in the bazaar pearls, rubies, emeralds, and diamonds. In this agreeable locality, as well as in the king's palace, one sees numerous running streams and canals formed of chiselled stone, polished and smooth. On the left of the Sultan's portico rises the
Appears in 28 books from 1857-2006
Page 12 - teach me part of that which thou hast been taught for a direction unto me 1 He answered, Verily thou canst not bear with me ; for how canst thou patiently suffer those things the knowledge whereof thou dost not comprehend
Appears in 31 books from 1816-2006
Page 7 - Thomas lies honourably buried in a very large and beautiful church : it is worshiped by heretics, who are called Nestorians, and inhabit this city to the number of a thousand. These Nestorians are scattered over all India, in like manner as are the Jews among us. All this province is called Malabar. Beyond this
Appears in 15 books from 1857-2005
Page xlvi - wheat, barley, millet, rye, and all sorts of comestibles and pulse, which articles form objects of exchange ; those from India import great quantities of spices, and the inhabitants of the island live by what they gain in their capacity of brokers to both parties. The island contains about five hundred Jews.
Appears in 17 books from 1840-2004
Page 51 - guineas, but have not the power of selecting any particular volume. The Members are requested to bear in mind that the power of the Council to make advantageous arrangements, will depend, in a great
Appears in 40 books from 1831-2001
Less 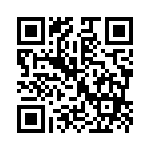