WILLIAM MORRIS: A Life for Our Time

William Morris: a life for our time

"When William Morris was dying one of his physicians diagnosed his disease as 'simply being William Morris and having done more than most ten men."' This was in part true of the driven man who was a ... Read full review

With her widely acclaimed book Eric Gill, published in 1989, Fiona MacCarthy established herself as one of the leading writers of biography in Britain. This was followed by William Morris (1994), which won several literary awards including the Wolfson History Prize and was described by A.S. Byatt as 'one of the finest biographies ever published in this country.' Byron: Life and Legend (2002) was described as 'one of the great literary biographies of our time' by Mark Bostridge in the Independent on Sunday. Fiona MacCarthy writes regularly for the Guardian and lives in Derbyshire. 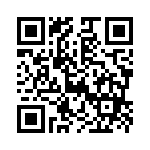