Before becoming a writer, Jan Turk Petrie taught English teacher in inner city London schools. She now lives in the Cotswolds area of southern England. She has an M.A. in Creative Writing (University of Gloucestershire) and, as well as her six published novels, she has written numerous, prize-winning short stories

Her novels include the 3 volumes that make up The Eldísvík Trilogy – Vol 1 Until the Ice Cracks, Vol 2 No God for a Warrior and Vol 3 Within Each Other's Shadow; Nordic noir thrillers set fifty years in the future in a Scandinavian city where the rule of law comes under threat from the criminal cartels that control the badlands surrounding it.

Her 4th novel - ‘Too Many Heroes’ – is, by contrast, a period romantic thriller set in the early 1950s – a story of an illicit love affair that angers the mobsters controlling London’s East End.

Jan’s fifth novel: ‘Towards the Vanishing Point’ is also set primarily in the 1950s and depicts an enduring friendship between two women that is put to the test when one of them falls under the spell of a sinister charmer.

‘The Truth in a Lie’ is Jan’s 6th novel. Uniquely, it has a contemporary setting and is about the difficult relationship between a woman and her mother and daughter as well as the men in her life. 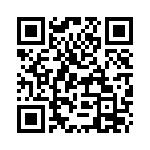