Page 15
Then , in the early thirties , some of these people , and others , started the Group
Theatre . That theatre went on for ten years and its actors studied with Strasberg
and Harold Clurman . Those actors developed into teachers who then formed a ...
Page 23
I was an actor in the Group Theatre at the time . Two members of that theatre ,
Stella Adler and Harold Clurman , went to Paris , where Stanislavski was
recuperating from an illness , and spent several weeks with him that year . While
there Miss ...
Page 54
And to his Group Theatre visitors in 1934 , he said , “ If the System doesn ' t help
you , forget it . ” Then he added , “ But perhaps you do not use it properly . ” Even
at the end , when he was dying , he was experimenting in his idea of tempo ... 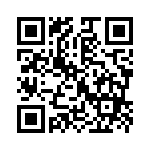