Really peels back the curtain on some of the statistical and data techniques modern campaigns use to isolate voters — as well as some of the historical battles data-minded politicos waged to win ... Read full review

Great story of the work of political campaigns and political participation generally. Someone interested in applying the methods in another context, such as another country, must keep in mind how much ... Read full review

Sasha Issenberg is a columnist for Slate and the Washington correspondent for Monocle. He covered the 2008 election as a national political correspondent for The Boston Globe, and his work has also appeared in New York, The Atlantic, and The New York Times Magazine. His first book, The Sushi Economy, was published in 2007. 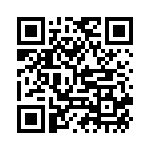