It's such an interesting premise, but for me the book was too much action with very little reflection. It's 2099, and the world has been flooded for decades after being hit with a meteorite. Everyone ... Read full review

A watery world is pretty much my worst possible Dystopian setting. I'm no fan of the water and living on a planet that is all water, and no air disturbed me a bit. The writing itself is descriptive ... Read full review

London Shah is a British-born Muslim of Pashtun ethnicity. She has lived in Britain's capital for most of her life, via England's beautiful North. When she's not busy re-imagining the past, plotting an alternate present or dreaming up a surreal future, she's most likely drinking copious amounts of tea, eating allthe sweets and cakes, strolling through Richmond Park or along the Thames, getting lost on an evening in the city's older, darker alleyways-preferably just after it's rained-listening to punk rock, or losing herself in a fab SFF book or film. 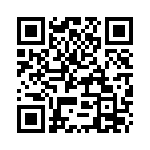