The title undersells the book! It contains the most convincing theory about how the bible came about. Even though it's mostly about Babylonian history. Read full review

THE ARK BEFORE NOAH: Decoding the Story of the Flood

The ubiquitous tale of the Great Flood was not new to the writers of Genesis. Finkel, the assistant keeper of ancient Mesopotamian script, languages and culture at the British Museum, offers some ... Read full review

Dr Irving Finkel is Assistant Keeper of Ancient Mesopotamian (i.e. Sumerian, Babylonian and Assyrian) script, languages and cultures Department: Middle East at the British Museum, headquartered in London's Bloomsbury. He is the curator in charge of cuneiform inscriptions on tablets of clay from ancient Mesopotamia, of which the Middle East Department has the largest collection - some 130,000 pieces - of any modern museum. This work involves reading and translating all sorts of inscriptions, sometimes working on ancient archives to identify manuscripts that belong together, or even join to one another. 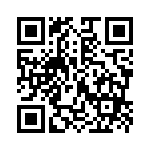