Antao Chen is a research professor in the physics department at the University of South Florida. He also has joint appointments as senior scientist at the Applied Physics Laboratory and associate professor at Department of Electrical Engineering, University of Washington. He received his BS and MEng degrees from Beijing Institute of Technology, Beijing, China, in 1983 and 1989, respectively, and his MS and Ph.D degrees from the University of Southern California, Los Angeles, in 1995 and 1998, respectively. He has worked in both the optical industry and academia since 1983. 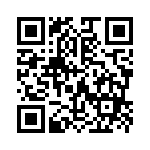