Provides a lot of much-needed insight into an area of study closed to the public. 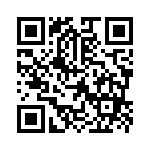