Franklin was a renowned scientist in her own right, she established her reputation in X-ray photography starting with coal and moving onto viruses and DNA. She was a feisty character, and in her ... Read full review

When asked to name women in science, Rosalind Franklin is always high on my list. Yet before reading this book, I knew only the barest facts about her: that she was gifted at x-ray crystallography ... Read full review

Brenda Maddox graduated from Harvard and has written several biographies of Elizabeth Taylor, D.H.Lawrence, Nora Joyce and W.B. Yeats. She has two children, and is married to the editor emeritus of Nature Sir John Maddox; she is a past chairman of the Association of British Science Writers and former judge of science writing in competitions such as that of the Committee for Public Understanding of Science. 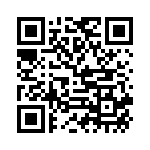