John Scott is Professor of Sociology and Pro Vice-Chancellor for Research at Plymouth University. He was previously Professor of Sociology at Essex University and Leicester University. He is a Fellow of the British Academy, an Academician of the Academy of learned Societies in the Social Sciences, and a Fellow of the Royal Society of Arts. An active member of the British Sociological Association, he has held the posts of Secretary, Treasurer, Chairperson, and President. His most recent publications are Conceptualising the Social World (Cambridge University Press, 2011), The Sage Handbook of Social Network Analysis (edited with Peter Carrington, Sage Publications, 2011), and Sociology (with James Fulcher, Oxfords University Press, 2011). His current work on the history of British sociology will appears as Envisioning Sociology. Victor Branford, Patrick Geddes, and the Quest for Social Reconstruction (with Ray Bromley, SUNY Press, 2013). 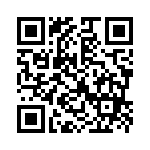