A fine look at the rise of mono-maniacal fascism through the lens of Ahab and the Pequod. Also takes in Melville's other writing as lead up and release from Moby Dick. Very smart. Written in the 1950's when James was being held before deportation as some kind of subversive. Read full review

Mariners, Renegades & Castaways: The Story of Herman Melville and the World We Live in (Reencounters With Colonialism--New Perspectives on the Americas)

Literature is always open to interpretation, and Melville's Moby-Dick has long been a subject of study for its vast symbolism. Just when everyone thought it had been picked clean, along came James's ... Read full review

Born in Trinidad in 1901, C. L. R. James moved to England in 1932 where he was a leading Marxist theorist, a founder of the Pan-African movement, cricket correspondent for the Manchester Guardian, and author of numerous books, including the influential history of the Haitian slave rebellion, The Black Jacobins (1938). From 1938 to 1953 he lived in the United States, where he wrote, lectured, and organized for the Socialist Worker's Party and was a leader of the Trotskyite sect the "Johnson-Forest Tendency." Arrested for "passport violations," James was confined on Ellis Island, where he wrote Mariners, Renegades and Castaways (1953). Deported from the United States, James spent the rest of his life in England and in Trinidad. His last great book, Beyond a Boundary (1963), combined cricket with cultural and political criticism.

Donald E. Pease, Avalon Professor of Humanities, Dartmouth College, author of Visionary Compacts: American Renaissance Writings in Cultural Context (1987), editor (with Amy Kaplan) of Cultures of United States Imperialism (1993), and editor of the Duke University Press series The New Americanists, provides a lengthy introduction to this book and its history. 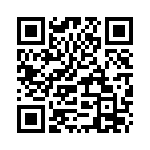