The book is very good disscussion about the superiority of the Greek culture and how the early Roman empire reshaped this culture by following the Hellenistic model. in page 104 there is faulty reference n.3 "Pau.1.18.7" it should be :Paus.1.18.8 instead. Thanks for Spawforth for this valuable research. wish to go on. 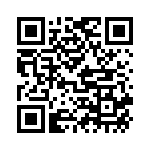