Everything I wanted to know about HIV/AIDS and how it functions in Uganda. Written in a way that anyone can understand the complexities of this disease. Read full review

One of the better AIDS books. Very well written and really quite engaging. Struggles, though, between the desire to follow the science and the need not to be TOO politically incorrect. Ultimately ... Read full review

HELEN EPSTEIN writes frequently on public health for various publications including The New York Review of Books and The New York Times Magazine. She is currently a visiting research scholar at the Center for Health and Wellbeing at Princeton University. 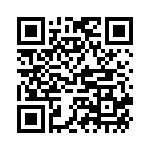