Based in London, United Kingdom, Kyle Taylor is the founder and director of The Fair Vote Project, which he set up in the wake of whistleblower allegations relating to global data misappropriation and law-breaking in the EU Referendum. The Fair Vote Project is focused on lasting reform, campaigning for fundamental changes to the Electoral Commission and a Digital Bill of Rights for Democracy. He also works across a range of progressive political, cause-based and social enterprise projects through his Social Enterprise: Overton Group, with a particular specialisation in Millennial and Gen Z engagement.

Previously, Kyle was the national campaign strategist for Best for Britain, one of the UK’s largest second referendum organisations. He has also campaigned for a binding government-sanctioned NHS and care convention, worked on a migrant rights campaign in the Middle East and regularly supports an international education charity across a range of areas. He co-managed the coordinated campaign for Hillary Clinton in North Carolina and in 2015 finished a four-year post as the Chief of Staff and Campaigns Director to the former Minister of State for Justice, Sir Simon Hughes.

Kyle has lived on four continents and travelled and worked in over 100 countries. He also enjoys taking on immense physical challenges to raise money for charity. He has run the London marathon, swam an opener water marathon in the English channel, trekked to Everest Base Camp and summited Mount Kilimanjaro twice, personally raising over Ł30,000 for multiple charities. 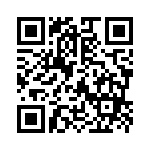