Vaughan Hart is professor of architecture in the Department of Architecture and Civil Engineering, Bath University. 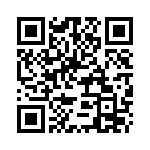