Guy Standing is Professor of Development Studies, School of Oriental and African Studies (SOAS), University of London, UK. He is the author of the sequel to The Precariat, A Precariat Charter (2014) and co-author of Basic Income (2015). 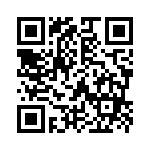