We all know about the Mayan calendar and the doomsday warning for 2012. We start with an archeologist on a dig and move quickly to an author writing a science fiction book and somewhere along the way ... Read full review

This was more of a political attack than an entertaining story. Continued reading it for the sole purpose of analyzing the author. Have to admit. It did make me laugh out loud. Read full review

WHITLEY STRIEBER is the author of over twenty novels and works of nonfiction among them The Grays, The Wolfen, The Hunger, Communion, and The Coming Global Superstorm (with Art Bell), which was the inspiration for the film The Day After Tomorrow. 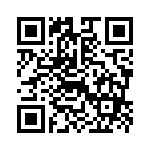