An insightful look at the business and culture of the New York theatre scene. Goldman spends a year following everything that goes into making Broadway what it is - hits and flops, stagehands and ... Read full review

i agree, really great Goldman. Talking with George C. Scott about how his vision of Dr. Cook's Garden differed slightly with Burl ives:)) And his recounting of how Vincent Price' singing voice sounded ... Read full review

27 other sections not shown

William Goldman, August 12, 1931 - William Goldman was born August 12, 1931 in Highland Park, Illinois. He attended Oberlin College in Oberlin, Ohio and then went on to Columbia University in New York. He began his writing career in 1957 and wrote his first screenplay, "Masquerade" in 1965. During an interim job teaching creative writing at Princeton University, Goldman wrote the screenplay for "Butch Cassidy and the Sundance Kid." In 1973, he wrote "The Princess Bride," the only novel he ever wrote that he actually liked, and later adapted it for the screen. Goldman adapted three screenplays form his own novels, the other two titled "Marathon Man" in 1976 and "Heat" in 1978. He is the author of three novels about show biz, which tell the true story of making a living in Hollywood. They are "Adventures in the Screen Trade," "Hype and Glory" and the latest, "Which Lie Did I Tell," printed in 2000. Goldman has written over 20 novels as well as more than 20 major motion picture screenplays over the course of 45 plus years in the business. He has won three Lifetime Achievement Awards for Screenwriting, including the 1985 Laurel Award for Lifetime Achievement in Screenwriter. He has also won tow Screenwriter of the Year Awards and two Academy Awards, one for "Butch Cassidy and the Sundance Kid" and the other for "All the President's Men." He even managed to win an English Academy Award. Goldman has written under many pseudonyms during his career, but the two he is best known for are S. Morgenstern, for "The Princess Bride" and Harry Langlaugh, the name of Cassidy in "Butch Cassidy and the Sundance Kid. 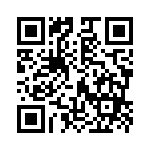