Jean E. Howard is George Delacorte Professor in the Humanities at Columbia University. She is the author of The Stage and Social Struggle in Early Modern England and (with Phyllis Rackin) Engendering a Nation: A Feminist Account of Shakespeare's English Histories. She is general editor of The Bedford Texts and Contexts Shakespeare Series and coeditor (with Stephen Greenblatt, Walter Cohen, and Katharine Eisaman Maus) of The Norton Shakespeare. 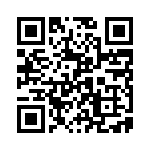