Stephen C. LeSueur has worked as a historian for the Religious Studies Center at Brigham Young University and is currently a Graduate Teaching Fellow in the Department of Economics at the University of Utah. 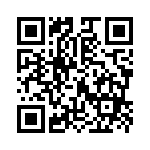