As “the woman upstairs”—“the quiet woman at the end of the third-floor hallway, whose trash is always tidy, who smiles brightly in the stairwell with a cheerful greeting, and who, from behind closed ... Read full review

I LOVED this book. The Woman Upstairs delves into the interior life of Nora, a teacher and artist in her late 30s who becomes obsessed with the Shahid family, particularly the mother, Sirena, but also ... Read full review

CLAIRE MESSUD's last novel, The Emperor's Children, was a New York Times, Los Angeles Times and Washington Post Best Book of the Year, and was long-listed for the Man Booker Prize. Her first novel, When the World Was Steady, and her book of novellas, The Hunters, were finalists for the PEN/Faulkner Award. Her second novel, The Last Life, won Britain's Encore Award. Her short fiction has been included in the Penguin Book of Canadian Short Stories, edited by Jane Urquhart. Raised in Sydney, Australia and Toronto, where she attended the Toronto French School and UTS, Messud was a judge for the 2010 Scotiabank Giller Prize. She lives in Cambridge, MA with her family. 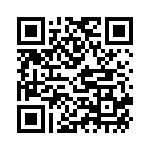