Page 64
The unanimous opinion of a People , such , for instance , as the unanimous opinion of the German People , that Germany must have 3,000,000 soldiers ready at a moment's notice to confront all possible enemies , is a thing to which the ...
Page 95
The same holds good , to an almost equal degree , of Irish Town Councils , which are the chief local authority in corporate towns , and consist entirely of elective members , mostly of Nationalist opinions . The one local authority in ...
Page 574
Lord Salisbury's opinion , uttered at Derby on the 20th December last , was , in his own words , “ My belief is that Protection means nothing less than civil war . " His Lordship admits that the evils at present existing are grievous . 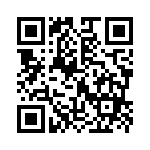