Mark Brill is an associate professor of musicology and world music at the University of Texas at San Antonio, where he specializes in the music of Mexico and Latin America. 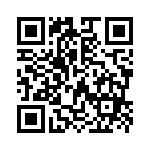