\
James E. Crimmins is Professor of Political Theory in the Department of Political Science at Huron University College, and an Adjunct Research Professor in Political Science at The University of Western Ontario. He received his B.A. and M.A. in Wales, where he was born and raised, and his PhD in Political Theory from The University of Western Ontario. He has been the recipient of a Canada Council (SSHRC) post-doctoral fellowship and four other major SSHRC research grants. He served as Dean of Arts and Social Science at Huron, 1994-99. He has published extensively on Bentham and utilitarianism and other aspects of 18th and 19th century political thought. 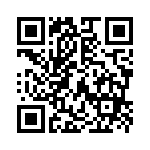