Paul Celan was born in 1920 in Czernowitz, Romania, to Jewish parents, who spoke German in the home. His mother and father were both deported to concentration camps during Nazi occupation and killed. Celan managed to hide for some time and then survived the war in a Romanian detention camp. After the war, he worked for a time as an editor and translator; he went to Paris to lecture on German literature. Celan began to receive recognition as a poet with the publication of his volume Mohn und Gedachtnis (Poppy and Memory) in 1952 and continued to publish steadily until his suicide in 1970. Divided between conflicting loyalties and cultures, Celan created a unique idiom. Despite the traumatic experience of Nazi occupation, he chose to devote himself to the study of German literature. His poetry is one of the most radical attempts to reconstruct the German language and literature in the aftermath of the Holocaust. 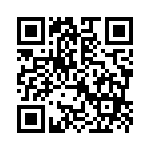