When I started this book, I had two concerns; firstly, wasn't the story of News International too recent? I felt that I pretty much knew what had happened. Secondly, if a book was to be written, was ... Read full review

TOM WATSON is the MP for West Bromwich East. He campaigns against unlawful media practices and led the questioning of Rupert and James Murdoch when they appeared before Parliament in July 2011. He is the deputy chair of the Labour Party. MARTIN HICKMAN has worked for the Independent since 2001, and has driven the paper's coverage of the phone hacking scandal. He was named Journalist of the Year by the Foreign Press Association in 2009. 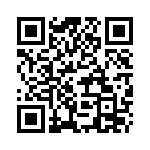