Elizabeth Drake-Boyt, PhD, is a dance historian and adjunct professor in the College of Liberal Arts at the University of Southern Indiana, Evansville, IN. 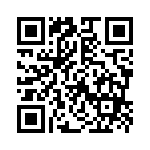