Tomas Plänkers, DPhil, Dipl.-Psych., is a member of the Sigmund Freud Institute in Frankfurt am Main, working in private practice and as a training analyst member of the Frankfurt Psychoanalytic Institute. From 2000 to 2005 he taught analytic psychotherapy at the Shanghai Mental Health Center in China, training Chinese psychiatrists and psychologists. He heads the research project Forms of Biographical Processing of Social Upheavals, as Exemplified by the so-called Cultural Revolution in China . 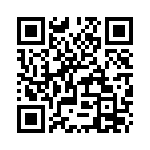