Clearly written, well-organized, and mostly well-argued; other reviewers have allowed their heads to explode over the idea that people who vote for nationalists and populists might actually have ... Read full review

An excellent overview of the history of National Populism across the world and the issues and political actions which have encouraged the rise of populism. In the UK we currently have, as the book describes, 3 major populist parties: - UKIP, the Labour Party as reformed by the leadership of Corbin, and the Scottish National Party. The first 2 being UK National Populist parties and the 3rd a Scottish National Populist Party. A fascinating and revealing analysis as national populism becomes a major player in mainstream democratic politics across the world.
Dr Sian Caiach

Matthew J. Goodwin is Professor of Politics at the University of Kent. He has published four books, including the Sunday Times bestseller National Populism. He writes regularly for media including The Sunday Times, Financial Times and New York Times, and has advised more than 200 organisations on issues relating to politics. He lives in London. 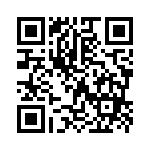