An interesting and worthy attempt to refute what Mormons claim to be revealed by God Himself. Ultimately, it is man's argument against the God who created him. No one but the Mormons claim to have been visited directly by God the Father and Jesus Christ, no one claims to have had the Aaronic priesthood restored by John the Baptist, nor the Melchizedek priesthood restored by Peter, James and John, nor has anyone else claimed to have been instructed to usher in the last dispensation of the fullness of times. These are significant claims that should alone give any intellect pause.

Francis J. Beckwith received a M.A. and PhD. from Fordham University and a M.J.S. from the Washington University School of Law, St. Louis. He is a Professor of philosophy and church-state studies at Baylor University in Waco, Texas. He has held visiting full-time academic appointments at Princeton University, University of Notre Dame, and the University of Colorado, Boulder. He is the author of many books including Defending Life: A Moral and Legal Case Against Abortion Choice, Return to Rome: Confessions of an Evangelical Catholic, Politics for Christians: Statecraft As Soulcraft, and Taking Rites Seriously: Law, Politics, and the Reasonableness of Faith, which won the 2016 American Academy of Religion Book Award for Excellence in the Study of Religion in Constructive-Reflective Studies.

Carl Mosser (PhD candidate, University of St. Andrews) has published significant articles on Mormonism in both evangelical and Mormon journals.

Paul Owen (PhD, University of Edinburgh) is assistant professor of Bible and religion at Montreat College. He has published significant articles on Mormonism in both evangelical and Mormon journals. He lives in Asheville, North Carolina. 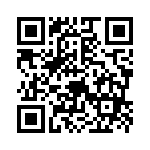