Born in Far Rockaway, New York, I. Bernard Cohen earned degrees from Harvard University. He holds the distinction of being the first person in the United States to earn a Ph.D. in the history of science. Later, Cohen established the History of Science Department at Harvard. Cohen has received many fellowships and has won the George Sarton Medal, awarded by the History of Science Society. Cohen is an author and editor, known for his books about Sir Isaac Newton and Benjamin Franklin. 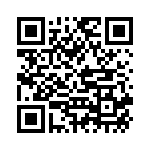