Page 48
... once with him they rose : Their rising all at once , was as the sound Of thunder
heard remote . Towards him they bend With awful reverence prone ; and as a
God Extol him equal to the Highest in Heaven : Nor 48 BOOK II . PARADISE
LOST .
Page 94
I saw when at his word the formless mass , This world ' s material mould , came to
a heap : Confusion heard his voice , and wild uproar Stood ruled , stood vast
infinitude confined ; Till at his second bidding Darkness fled , Light shone , and ...
Page 203
He , with his consorted Eve , The story heard attentive , and was filled With
admiration and deep muse , to hear Of things so high and strange ; things , to
their thought So unimaginable , as hate in Heaven , And war so near the peace of
God in ...
Page 294
... and Intercessour both , To sentence Man : the voice of God they heard Now
walking in the garden , by soft winds Brought to their ears , while they declined :
they heard , And from his presence hid themselves among The thickest trees ,
both ...
Page 295
I heard thee in the garden , and of thy voice Afraid , being naked , hid myself . To
whom The gracious Judge , without revile , replied . My voice thou oft hast heard ,
and hast not feared , But still rejoiced ; how is it now become So dreadful to ... 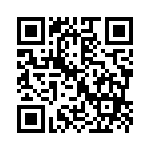