Jes s Velasco currently holds the Joe and Teresa Long Endowed Chair in Social Sciences at Tarleton State University. He worked for many years at the Center for Teaching and Research in Economics (CIDE) in Mexico City. He was a Public Policy Scholar at the Woodrow Wilson Center in 2004 and a visiting scholar at the Weatherhead Center and the Rockefeller Center for Latin American Studies, both at Harvard university. 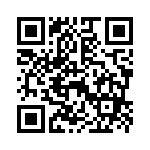