Written in the mid 1980s, this was a breakthrough book on leadership, and it’s teachings endure. Drawn from encounters and interviews with some of the top leaders of our time, the authors speak ... Read full review

Warren Bennis was born in the Bronx, New York on March 8, 1925. During World War II, he enlisted in the Army, completed officers' training, and became one of the youngest platoon leaders to serve in Europe. He was awarded both a Purple Heart and a Bronze Star. He received a bachelor's degree from Antioch College in Ohio in 1951 and a doctorate in economics from M.I.T. As an educator, he taught organizational studies at Harvard University, Boston University, and the M.I.T. Sloan School of Management. He was a professor of business administration at The University of Southern California for more than 30 years. He wrote more than 30 books on leadership including On Becoming a Leader, Leaders: Strategies for Taking Charge, and Why Leaders Can't Lead. He also wrote a memoir entitled Still Surprised. He advised several presidents and business executives on the essence of successful leadership including John F. Kennedy, Lyndon B. Johnson, Gerald R. Ford, Ronald Reagan and Howard D. Schultz, the chief executive of Starbucks. Bennis died on July 31, 2014 at the age of 89. 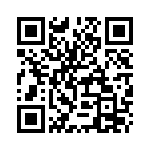