Pease attended Mt. Hermon School, and graduated from MIT in 1961 with a BSEE. He worked at Philbrick Researches up to 1975 and designed many OpAmps and Analog Computing Modules.

Pease joined National Semiconductor in 1976. He has designed about 24 analog ICs including power regulators, voltage references, and temp sensors. He has written 65+ magazine articles and holds about 21 US patents. Pease is the self-declared Czar of Bandgaps since 1986. He enjoys hiking and trekking in Nepal, and ferroequinology. His position at NSC is Staff Scientist. He is a Senior Member of the IEEE.

Pease wrote the definitive book, TROUBLESHOOTING ANALOG CIRCUITS, now in its 18th printing. It has been translated into French, German, Dutch, Russian, and Polish. Pease is a columnist in Electronic Design magazine, with over 240 columns published. The column, PEASE PORRIDGE, covers a wide range of technical topics.

Pease also has posted many technical and semi-technical items on his main web-site: http://www.national.com/rap Many of Pease's recent columns are accessible there.

Pease was inducted into the E.E. Hall Of Fame in 2002. Refer to: http://www.elecdesign.com/Articles/Index.cfm?ArticleID=17269&Extension=pdf See Pease's other web site at http://www.transtronix.com 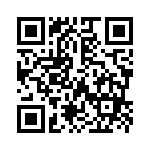