Franklin was a renowned scientist in her own right, she established her reputation in X-ray photography starting with coal and moving onto viruses and DNA. She was a feisty character, and in her ... Read full review

When asked to name women in science, Rosalind Franklin is always high on my list. Yet before reading this book, I knew only the barest facts about her: that she was gifted at x-ray crystallography ... Read full review

Brenda Maddox is an award-winning biographer whose work has been translated into ten languages. Nora: A Biography of Nora Joyce, won the Los Angeles Times Book Prize for Biography, the Silver PEN Award, and the French Prix du Mailleur Livre Etranger. Her life of D. H. Lawrence won the Whitbread Biography Award in 1974, and Yeats's Ghosts, on the married life of W. B. Yeats, was shortlisted for the Samuel Johnson Prize in 1998. She has been Home Affairs Editor for the Economist, has served as chairman of the Association of British Science Writers and is a member of the Royal Society's Science and Society Committee. She lives in London and Mid-Wales. 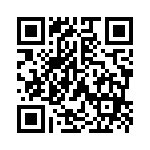