David Johnson is Professor of Literature in the Department of English and Creative Writing at The Open University, England. He is the author of Shakespeare and South Africa (1996), Imagining the Cape Colony: History, Literature and the South African Nation (2012) and Dreaming of Freedom in South Africa: Literature between Critique and Utopia (2019); the principal author of Jurisprudence: A South African Perspective (2001); the co-editor with Prem Poddar of A Historical Companion to Postcolonial Literatures in English (2008); the co-editor with Caroline Davis of The Book in Africa: Critical Debates (2015); and co-editor with David Hutchison of Stuart Hood, Twentieth-Century Partisan (2020). He is the General Editor of the Edinburgh University Press series Key Texts in Anti-Colonial Thought. 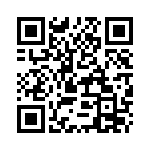