Evelin Lindner is a Social Scientist and Founding Manager of Human Dignity and Humiliation Studies based at the Columbia University Conflict Resolution Network. She is also Guest Professor in the Department of Psychology at the University of Oslo, and a Senior Lecturer of Psychology at the Norwegian University of Science and Technology. She holds dual doctorates, in social medicine and social psychology. Her research on humiliation and its role in genocide, war and violent conflict began in 1996 and has taken her to locations including Rwanda and Somalia. 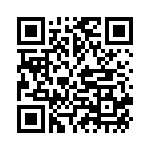