Try the new Google Books
Check out the new look and enjoy easier access to your favorite features
Try it now
Buy eBook - $18.70

Page 10 - And when he was come into the temple, the chief priests and the elders of the people came unto him as he was teaching, and said, By what authority doest thou these things? and who gave thee this authority?
Appears in 900 books from 1701-2008
Page 14 - Hear another parable: There was a certain householder which planted a vineyard and hedged it round about, and digged a winepress in it and built a tower, and let it out to husbandmen, and went into a far country...
Appears in 809 books from 1701-2008

Born Jean Cauvin in Noyon, Picardy, France, John Calvin was only a boy when Martin Luther first raised his challenge concerning indulgences. Calvin was enrolled at the age of 14 at the University of Paris, where he received preliminary training in theology and became an elegant Latinist. However, following the dictates of his father, he left Paris at the age of 19 and went to study law, first at Orleans, then at Bourges, in both of which centers the ideas of Luther were already creating a stir. On his father's death, Calvin returned to Paris, began to study Greek, the language of the New Testament, and decided to devote his life to scholarship. In 1532 he published a commentary on Seneca's De Clementia, but the following year, after experiencing what was considered a sudden conversion, he was forced to flee Paris for his religious views. The next year was given to the study of Hebrew in Basel and to writing the first version of his famous Institutes of the Christian Religion, which he gave to the printer in 1535. The rest of his life-except for a forced exile of three years-he spent in Geneva, where he became chief pastor, without ever being ordained. When he died, the city was solidly on his side, having almost become what one critic called a "theocracy." By then the fourth and much-revised edition of his Institutes had been published in Latin and French, commentaries had appeared on almost the whole Bible, treatises had been written on the Lord's Supper, on the Anabaptists, and on secret Protestants under persecution in France. Thousands of refugees had come to Geneva, and the city-energized by religious fervor-had found room and work for them. Though Calvin was sometimes bitter in his denunciation of those who disagreed with him, intolerant of other points of view, and absolutely sure he was right on the matter of predestination, he was nonetheless one of the great expounders of the faith. From his work the Reformed tradition had its genesis, and from his genius continues to refresh itself. 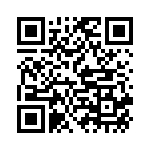