Claudia Sagona is a Senior Fellow in Archaeology at the University of Melbourne. She is the author of several books on Malta, including Looking for Mithra in Malta (2009), and the editor of books including Ceramics of the Phoenician-Punic World (2011) and Beyond the Homeland: Markers in Phoenician Chronology (2008). Her articles have appeared in academic journals including Anatolian Studies, Anatolia Antiqua, Ancient Near Eastern Studies, Mediterranean Archaeology and the Oxford Journal of Archaeology. In recognition of her contribution to Malta, she was made an honorary member of the National Order of Merit of Malta in 2007. 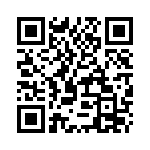