This massive collection includes published as well as unpublished interviews with Burroughs and transcripts of conversations with celebrities like Tennessee Williams and David Bowie. For the most part ... Read full review

79 other sections not shown

From hipster to so-called Godfather of Punk, William Burroughs has lived a controversial life as a leading member of the Beat Generation and a daring writer of psychedelic literary experiments, but, when he reached his seventieth birthday in 1984, it was almost as if he had been overtaken by respectability. Burroughs was born in St. Louis, Missouri, in 1914 as the grandson of the man who invented the adding machine and a descendant of Robert E. Lee of Civil War fame. He attended Harvard University. Later while living a bohemian life in association with such Beat writers as Allen Ginsberg and Jack Kerouac, Burroughs became addicted to morphine and under the pseudonym William Lee published his first novel, Junkie, in 1953 as half of an Ace Double Books paperback. The novel escaped critical notice but may be seen now as the forerunner of his later fiction with its introduction of many of the themes, settings, characters, and amoral postures that became prominent with Naked Lunch (1959) and its successors. Refused by the American publishers to whom Burroughs submitted the manuscript, Naked Lunch first appeared in Paris under the Olympia Press imprint in 1959, the same year that Burroughs was permanently cured of his addiction. Naked Lunch might have remained ignored had not Mary McCarthy and Norman Mailer called attention to the work at the International Writers Conference held in Edinburgh in 1962. Burroughs's raw subject matter and seeming lack of discipline have alienated some of the more academic and genteel literary critics. Naked Lunch was followed by three additional novels about the Nova crime syndicate-The Soft Machine (1961), The Ticket That Exploded (1962), and Nova Express (1964), which make use of overlapping characters and motifs. With The Wild Boys of 1971, Burroughs began to develop a new style more accessible to the general reader. Although Cities of the Red Night (1981) received mixed reviews, it was praised by such Burroughs experts as Jennie Skerl and Robert Burkholder as perhaps the best of his more recent novels. Of The Place of Dead Roads (1983) is true to Burroughs's various obsessions with guns, homosexuality, and the terror produced by people who are addicted to power and control. Today much of the psychedelic effect of Burroughs's fiction appears to be an illusion that masks rather deliberate methods of composition. These include "cut-out" techniques, pastiche, and the deliberate trying-out of styles derived from popular fiction genres to create literary montages that owe as much to fantasy and science as to the surrealism of avant-garde literature.

Sylvčre Lotringer is Jean Baudrillard Chair at the European Graduate School, Switzerland, and Professor Emeritus of French literature and philosophy at Columbia University.

Chris Kraus is the author of four novels, including I Love Dick and Summer of Hate; two books of art and cultural criticism; and most recently, After Kathy Acker: A Literary Biography. She received the College Art Association's Frank Jewett Mather Award in Art Criticism in 2008, and a Warhol Foundation Art Writing grant in 2011. She lives in Los Angeles. 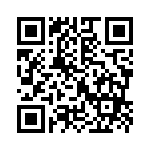