Page 72
At the Stratford Memorial Theatre and the Old Vic, directors from Ben Greet and
Sir Barry Jackson to Tyrone Guthrie and, more recently, Michael Benthall, Peter
Brook, and Peter Hall, have tried to find meaningful modern forms for
Shakespeare ...
Page 245
TYRONE GUTHRIE (b. 1900) An Audience of One Producing a play clearly
requires the coordinated efforts of many people, and the producer is no more
than the coordinator. His work may, and I think should, have creative functions,
but not ...
Page 446
Guthrie, Tyrone: A Life in the Theatre. New York: McGraw-Hill, 1959. Guthrie,
Tyrone: “The Producer's job." Listener, March 20, 1941, 419-420. Guthrie. Tyrone:
“Some Notes on Direction." Theatre Arts, XXVIII, November 1944, 649-653.
Guthrie ...

35 other sections not shown

Cole is the founder of the Actors and Authors Agency and was instrumental in helping the playwrights Sam Shepard, David Hare, and Peter Handke during formative stags of their careers. She was also the U.S. representative of the Estate of Luigi Pirandello and worked with Nobel Laureate Pablo Neruda. 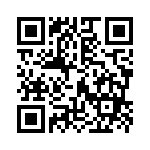