Here's a sequel worth its salt, but keep the Kleenex handy. This book picks up with Louisa Clark about 6 mos. after Will's death. She has traveled Europe, lived in Paris and now has a flat in London ... Read full review

This was one of those books you read when you have a lot on your mind and you need something that doesn't take much effort. Although, I knew what I was getting into and that overall it was rather lame ... Read full review

Jojo Moyes is a novelist and journalist. Her books include the bestsellers Me Before You, After You and Still Me, The Girl You Left Behind, The One Plus One and her short story collection Paris for One and Other Stories. The Giver of Stars is her most recent bestseller and Reese Witherspoon Book Club Pick. Her novels have been translated into forty-six languages, have hit the number one spot in twelve countries and have sold over thirty-eight million copies worldwide.

Me Before You has now sold over fourteen million copies worldwide and was adapted into a major film starring Sam Claflin and Emilia Clarke. Jojo lives in Essex with her family. 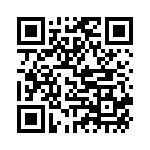