Page 122
No town in this state shall be divided or altered in its bounds ; nor shall any new
town be erected , without an application to the legislature by the inhabitants of
such town so to be divided or altered , or of the several towns out of which such ...
Page 123
Department of State, New York (State). Secretary's Office. towns , unless the
assent thereto of at least a majority of the tax . payers whose names appear on
the assessment roll of the town to be affected thereby , for the year then next
preceding ...
Page 360
Towns of East Bloomfield , West Bloomfield , Bristol , South Bristol , Canandaigua
, Canadice , Naples , Richmond and Victor . ORANGE COUNTY - TWO
DISTRICTS . 1 . – Town of Newburgh , first second , third and fourth wards of the
city of ... 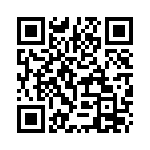