Catherine Ingrassia is Professor of English at Virginia Commonwealth University. She is the author of Authorship, Commerce, and Gender in Eighteenth-Century England: A Culture of Paper Credit (Cambridge, 1998); editor of a critical edition of Eliza Haywood's Anti-Pamela and Henry Fielding's Shamela (2004); and co-editor of A Companion to the Eighteenth-Century Novel and Culture (2005) and the anthology British Women Poets of the Long Eighteenth Century (2009). 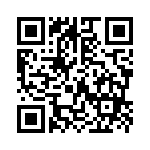