Try the new Google Books
Check out the new look and enjoy easier access to your favorite features
Try it now
Buy eBook - $19.79

Shravan Kumar Kasagoni is a developer, gadget freak, technology evangelist, mentor, blogger, and speaker living in Hyderabad. He has been passionate about computers and technology right from childhood. He holds a bachelors degree in computer science and engineering, and he is a Microsoft Certified Professional. His expertise includes modern web technologies (HTML5, JavaScript, and Node.js) and frameworks (Angular, React.js, Knockout.js, and so on). He has also worked on many Microsoft technologies, such as ASP.NET MVC, ASP.NET WEB API, WCF, C#, SSRS, and the Microsoft cloud platform Azure. He is a core member of Microsoft User Group Hyderabad, where he helps thousands of developers on modern web technologies and Microsoft technologies. He also actively contributes to open source community. He is a regular speaker at local user groups and conferences. Shravan has been awarded Microsoft's prestigious Most Valuable Professional award for past 6 years in a row for his expertise and community contributions in modern web technologies using ASP.NET and open source technologies. He is currently working with Novartis India, where he is responsible for the design and development of high-performance modern enterprise web applications and RESTful APIs. Previously, he was associated with Thomson Reuters and Pramati Technologies. 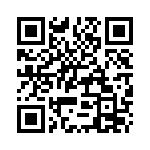